Leeds MAG’s second Bargain Hunt challenge had been scheduled for November last year but due to the horrendous flooding that the North of England endured we had to postpone it until the end of February.

We based this fundraiser on the daytime TV show of the same name, only we have to buy something for less than a fiver and then we sell them all on eBay. The winner gets a trophy.

The day dawned bright and sunny and 15 local members turned up to do battle at Otley car boot sale. 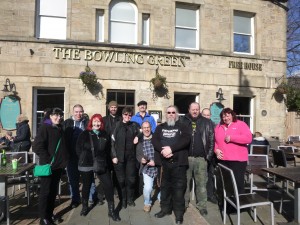 We met in Wetherspoons for breakfast then, suitably fortified headed up to brave the crowds and try raise some cash for MAG.

After an hour, we all met back up at the pub to evaluate (a.k.a take the mickey out of) each other’s “bargains” 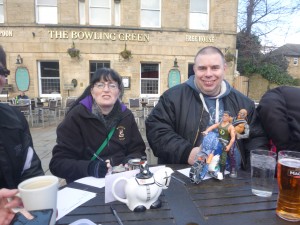 The auctions were hotly contested and eventually after a late flurry in the bidding, one of our newer members, Martin Thompson, emerged victorious with his shrewd purchase of a Beatles LP! 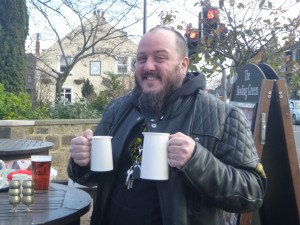